There’s a very good reason why SOUTHBOUND is the band in demand! Simply put we will ROCK YOUR PARTY!  SOUTHBOUND continues to surpass expectations, making every event a night to remember. Non-stop energy, great vocals and superb musicianship together with impeccable service and attention to every detail are what make SOUTHBOUND so popular.

SOUTHBOUND have extensive experience in performing for Weddings, Parties and Corporate Events throughout Ireland. In addition to being Runners Up at The Rose of Tralee Music International we have also been chosen as BEST BAND in the Tipperary Mid West Radio Awards. We have earned a reputation for great music, professionalism and personalised service at every single performance.

Our lead singer TJ Ryan has appeared as a finalist on TG4 Glór Tíre TV show and has numerous TV appearances under his belt. He regularly performs on stage with many household names of the Irish music industry and is a recording artist in his own right with his songs played regularly on local radio stations throughout Ireland and the UK. TJ has been awarded “BEST ENTERTAINER” by the Tipp FM Radio Awards.

SOUTHBOUND were also FINALISTS in the BRIDES of KERRY 2018 Wedding Industry Awards which we are extremely proud of.

SOUTHBOUND have built up a huge repertoire of music from many genres which cater for all audiences both young and not so young and our playlists are tailored to ensure that your quests will be on the dancefloor all night long!!

Please take the time to check out our website for upcoming dates, recent reviews, song recordings and live video clips. You can also friend/like us on Facebook, follow us on Twitter and You Tube. We regularly perform PUBLIC SHOWCASES where you can come along and see us perform. (See our EVENTS PAGE for details). And finally, don’t forget to contact us by phone or email to check availability or provide a quotation!

TJ is the groups lead singer and Bass player. TJ excels as the Bands MC and has built up the ability to interact with the audience bringing unparalleled professionalism to the task. TJ is a recording artist in his own right and his recordings are played regularly on local radio stations in Ireland and UK. TJ has appeared as a Finalist on TG4 Glór Tire TV talent contest and regularly performs on stage with many household names of the Irish music circuit including Louise Morrissey, Robert Mizzell, Michael English and Daniel O’Donnell. TJ has been awarded “BEST NEW ENTERTAINER” by the Tipp FM Radio Awards and makes regular concert and TV appearances.

John is the bands second vocalist and keyboard player. John has a wealth of experience at performing at weddings, public functions and corporate events, and is tasked with choosing the bands song lists and repertoire for every performance. With the ability to “read the crowd” you can be certain that your dance-floor will be full and the party rocking all night long! John looks after all clients musical choices for their event including “First Dance” songs and Set Lists. John is also involved in group management.

Patrick is SOUTHBOUNDs guitarist (and yes you’ve guessed it – a brother to TJ and John). Patrick also performs backing vocals and acoustic guitar when required. Patrick is a big fan of 70’/80’s rock including AC/DC , Queen, Bon Jovi and Thin Lizzy, but is also more than proficient at performing contemporary chart and even country and irish music. 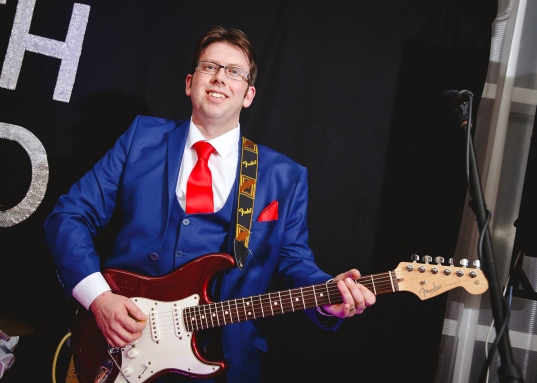 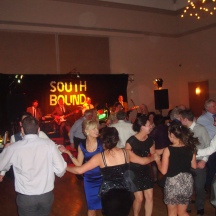 Get the Party Going! 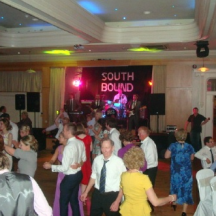 We get the crowd moving!